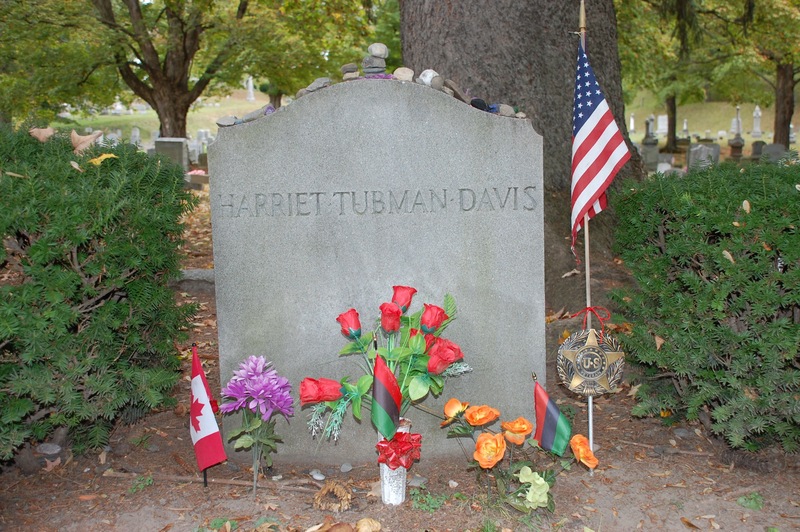 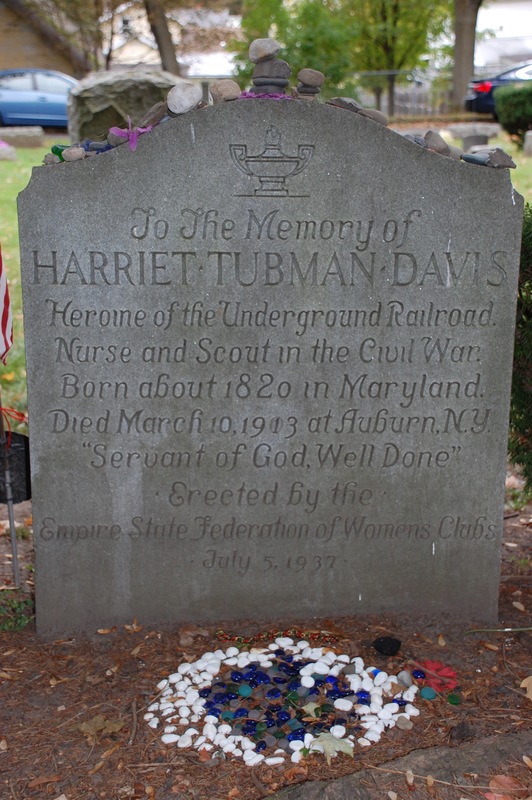 Harriet Tubman's tombstone was erected in 1937 by the Empire State Federation of Women's Clubs. The inscription on the front reads: "Harriet Tubman Davis (1820–1913)" on the front. The back of the tombstone features an inscription noting Tubman's work with the Underground Railroad and her role as scout and nurse during the Civil War. It reads:

To the memory of Harriet Tubman Davis.
Heroine of the Underground Railroad.
Nurse and Scout in the Civil War.
Born about 1820 in Maryland.
Died March 10, 1913 at Auburn, N.Y.
'Servant of God, Well Done.'
Erected by the Empire State Federation of Women Clubs, July 5, 1937.

This item has no relations.