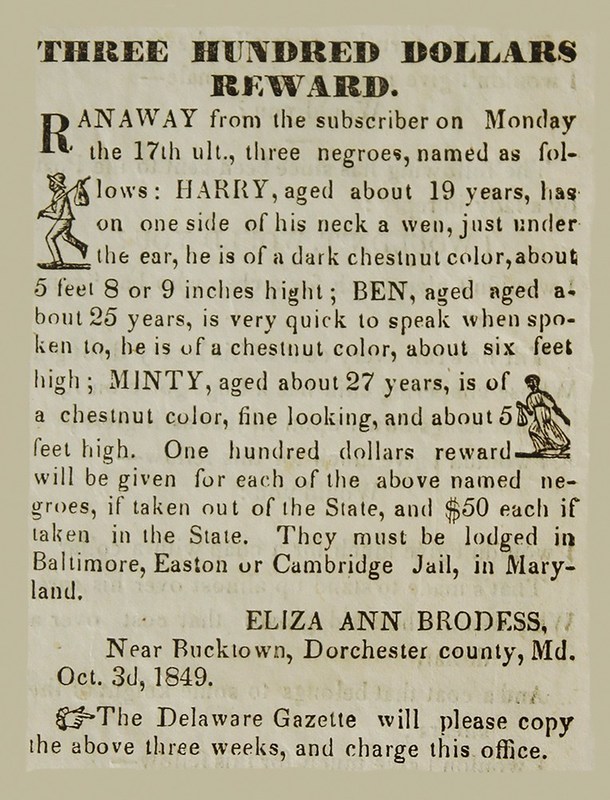 In 1849, shortly after Tubman and her brothers fled North, Eliza Brodess posted a $100 reward for their return in the Cambridge Democrat newspaper. Scared of capture and unsure of where to go, Tubman turned back shortly after this ad was posted. Tubman fled North for a second time, this time alone and successfully research Philadelphia in 1849.