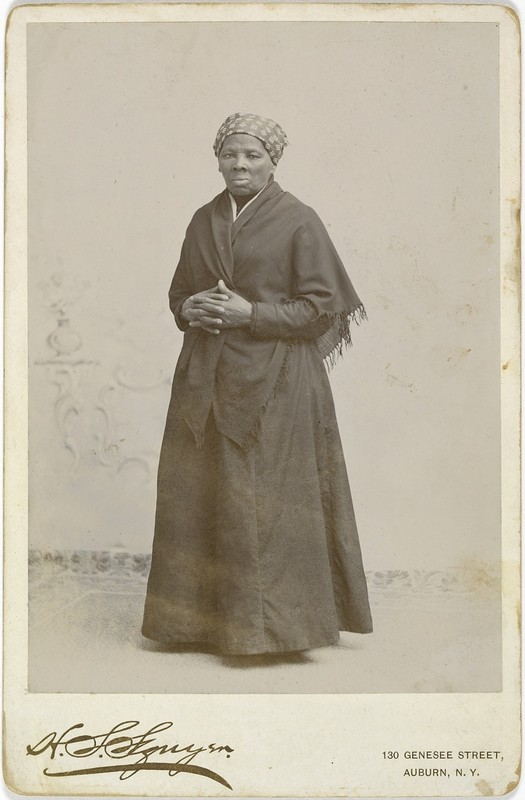 National Portrait Gallery Online Catalog: “Born into slavery as Araminta Ross, Harriet Tubman rebelled against servitude from her earliest years, running away as early as age seven. At fifteen, she defied an overseer and was nearly killed when he gave her a ‘stunning blow to the head.’ Although the effects of the blow stayed with her throughout her life, Tubman marshaled her resolve and nurtured her anger. In 1844 she married a freedman, John Tubman, and in 1849 she escaped to Philadelphia, discarding her slave name for her mother’s name, Harriet. Tubman became an active ‘conductor’ on the Underground Railroad, guiding escaping slaves to freedom. She made nineteen recorded trips out of the South and was reputed never to have lost a soul. Tubman was active throughout the abolitionist movement and conspired with John Brown about raiding the federal arsenal at Harpers Ferry, although she did not participate.” See Bibliographic Citation.

Silver and collodion on printing out paper

Silver and collodion on printing out paper