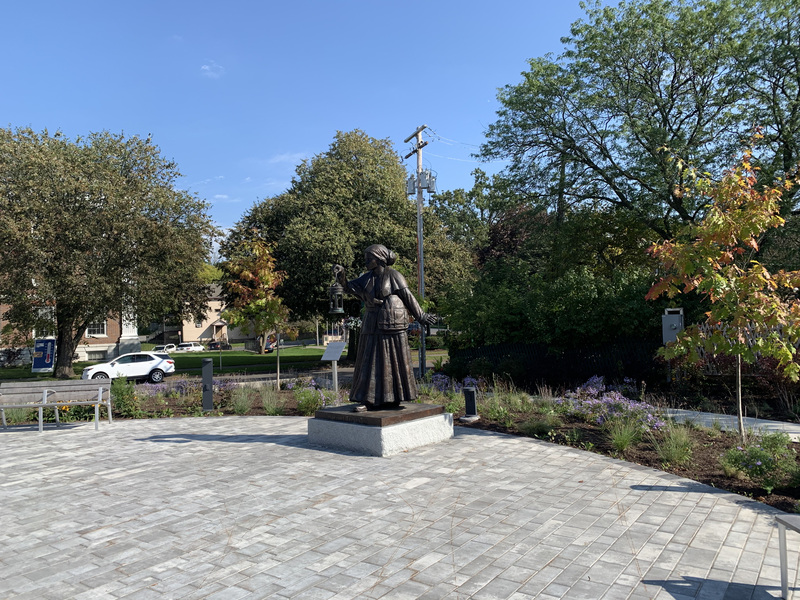 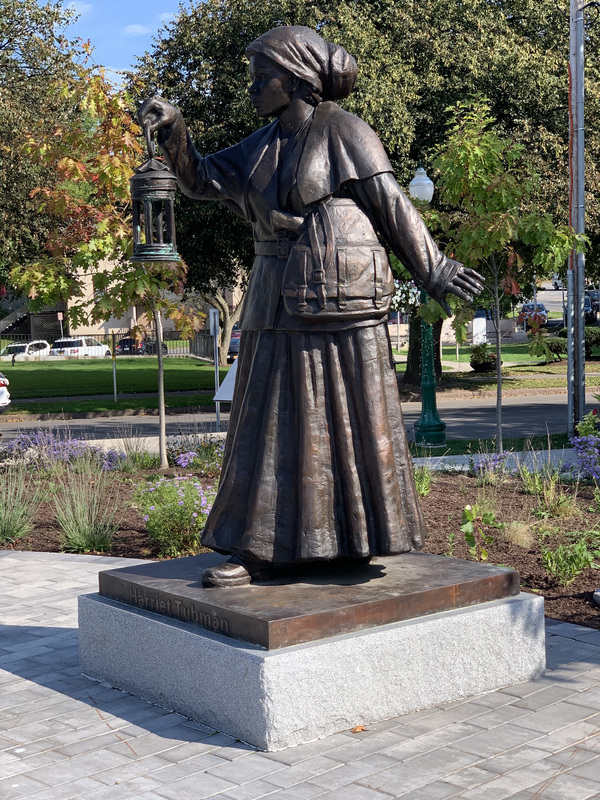 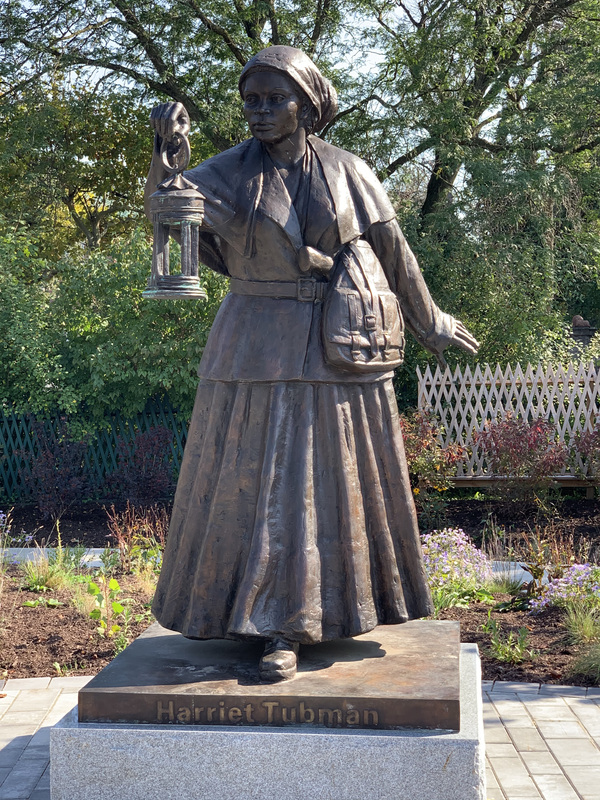 The seven-and-half foot tall (2.3 meters) bronze statue represents a young Harriet Tubman, traveling on the Underground Railroad. Clothed in nineteenth-century shawl, jacket, and pleated skirt, Tubman strides forward with her booted foot visible below the hem of her skirt. She extends her left hand behind her as if signaling to an invisible group to follow closely on the arduous route to Canada. In her right hand, she holds the ring of a lantern, illuminating the pathway to freedom.

Stainless steel plaque:
"I was the conductor on the Underground Railroad for eight years, and I can say what most conductors can't say -- I never ran my train off the track and I never lost a passenger."
Harriet Tubman at a suffrage convention, NY, 1896

Harriet Tubman statue donated by the George and Mary Cuthbert family in honor of Edward L. Cuthbert Jr. who believed that Harriet's life was an inspiration to all of humankind.

This item has no relations.